Men and fathers going through a Missouri divorce face an array of challenges that threaten to upend their lives. Cordell & Cordell’s Missouri divorce lawyers focus on representing men during the divorce process and that gives them a better understanding of how the state’s laws affect them and their families.

Go Back to All Resources

Read through our Missouri divorce and child custody articles to gain a better understanding of the road ahead. Educating yourself about the divorce process in Missouri will improve your ability to communication with your divorce lawyer, which goes a long way toward helping your reach your goals in Missouri family court.

In order to obtain a divorce in Missouri, at least one (1) party must be a resident of the State of Missouri for at least ninety (90) days prior to the commencement of the action.

In the case of a member of the armed services, he or she must have been stationed in Missouri for ninety (90) days immediately preceding the commencement of the proceeding.

Related Article: What Is The Residency Requirement For Filing For Divorce?

Grounds for Divorce in Missouri

In order for a judgment of dissolution of marriage to be entered, the court must find that one of the parties has been a resident of the state for at least ninety (90) days immediately preceding the commencement of the action, that thirty (30) days have elapsed since the filing of the petition, that the marriage is irretrievably broken and that there remains no reasonable likelihood that the marriage can be preserved, and provisions have been made for child support and custody, maintenance, and the disposition of property.

Missouri is a no-fault state. What this means is that it is not necessary to show that either one of the parties was at fault for the irreconcilable differences. In short, if one party wishes to file for divorce, the court will grant the dissolution.

The court’s final determination of how to divide the parties’ marital property may be disproportionate based on the actions of one or both of the parties during the marriage, including but not limited to dissipation of marital assets, improperly increasing marital debt, and extramarital affairs.

Non-Marital and Marital Property and Debts

Pursuant to Section 452.330 RSMo, the court shall set apart to each spouse their separate property and shall divide the marital property and marital debts in such proportions as the court deems just. “Just” does not necessarily mean equally.

Anything else acquired during the parties’ marriage is presumed to be marital regardless of title.

Pensions and retirement plans are also subject to equitable distribution to the extent that they were accrued during the course of the marriage.

Related Article: Divorce Tips For Men: What To Do With The House?

What was formerly called, alimony, is now referred to as spousal maintenance. Under the statute, a spouse may be awarded maintenance if they do not have sufficient property to provide for his reasonable needs and is unable to support himself through appropriate employment or is the custodian of a child whose condition or circumstances make it appropriate that the custodian not be required to seek employment outside the home.

Maintenance, when awarded, may be periodic and/or in a lump sum. Some important factors the courts consider when determining whether maintenance is appropriate include the length of the marriage, the financial resources of the parties, the conduct of the parties during the marriage and the ability of the other spouse to meet their own needs.

Importantly, spousal maintenance is not awarded to punish a guilty spouse but rather is to lessen the financial impact of divorce on the other spouse.

In Missouri, there is no clear cut formula for maintenance. The court is, however, guided by the factors as set forth in Section 452.335.2 RSMo in determining the amount and duration of a maintenance judgment.

It cannot be amended and the obligated party must continue to pay the maintenance award despite loss of income, higher income for the receiving party, disability, etc. If a case goes before the court for trial, the judge will award modifiable maintenance.

Maintenance may terminate if either party dies or the receiving party remarries. If a judgment of non-modifiable maintenance does not provide for termination, a party may have issues later trying to terminate a maintenance provision due to the failure to set forth in an agreement the grounds for termination.

Related Article: Will I Have To Pay Alimony?

This is the most crucial, and often the most heavily contested, issue in most divorces. In determining the custody of minor (usually under 18 years old) children, the court is guided by the best interests of the child standard.

Custody will not be given to a parent as a reward or as punishment to the guilty parent but rather to the one most adaptable to the task of caring for the child and able to control and direct the child.

Factors considered may include the need for a frequent, continuing and meaningful relationship with both parents and the ability and willingness of parents to actively perform their functions as mother and father for the needs of the child, the interaction and interrelationship of the child with parents, siblings, and any other person who may significantly affect the child’s best interests, the child’s adjustment to the child’s home, school, and community, the mental and physical health of all individuals involved, including any history of abuse of any individuals involved, and the wishes of a child as to the child’s custodian.

Custody may be changed if there is a substantial and continuing change in circumstances.  The court will normally set visitation rights if the parents cannot agree on satisfactory arrangements. An important factor to the court in most custody cases is which parent is more likely to allow the child frequent, continuing and meaningful contact with the other parent.

Within thirty (30) days after service of process or the filing of an entry of appearance, both parties must file a proposed parenting plan with the court.  This plan would set forth the party’s proposed custody schedule with the children.

Legal custody pertains to the decision-making rights and responsibilities regarding the children. Joint legal custody means that the parties must confer and agree prior to decisions relating to the health, education, and welfare of a child being made. Sole legal custody would allow one (1) parent to make the legal decisions regarding a child as they see fit, but only after they confer with the other parent.

The court determines custody according to the best interests of the child.  In each case, one parent must be selected to be the residential parent for purposes of education and mailing.

Related Article: Ten Things You Can Do To Sabotage Your Custody Battle

Normally the party not having custody will be required to contribute to the support of the minor child. Missouri uses Child Support Guidelines to determine the presumed amount of support each parent should provide based on their income. Parents may also receive credits for daycare expenses, health care expenses, and overnight visitations.

The court is guided by the needs of the child and the ability of the supporting parent or parents to pay. The Child Support Guidelines may be found to be unjust or inappropriate and a differing amount of support awarded.

The award amount is subject to change so long as the obligation to support remains. It may be increased or decreased if a substantial and continuing change occurs in the circumstances of either or both of the parents of the child.

Child support is determined pursuant to Section 452.340 RSMo. The court may order either parent to pay an amount reasonable or necessary for the support of the child, even in circumstances where the parents are awarded equal time. Factors that the court must consider are as set forth in the statute.

A Form 14 that shows the amount of calculated child support to be paid must be submitted to the court. This form utilizes each parent’s gross monthly income. Maintenance for either party is also considered in the form.

Credits are given for medical insurance coverage, work-related daycare, uninsured extraordinary medical costs, and overnight visitation among other items. A more detailed explanation of the Form 14 can be found in the Directions, Comments for Use and Examples for Completion of Form No. 14.

Child support must be paid until a child emancipates. This may not occur until the age of 21 so long as the child attends a school of post-secondary education and follows specific requirements as set forth in Section 452.340. In some cases where a child is physically or mentally incapacitated, the court may extend a support obligation past the age of 21.

The requirements are the same for a Legal Separation except that one must allege that the marriage is NOT irretrievably broken and thus there is a reasonable likelihood that the marriage can be preserved. The court will still divide the marital property and marital debt as in a divorce.

Further, the court will also offset separate property, if any; award child custody and support, as well as maintenance. Individuals who choose to obtain a legal separation may do so because of concerns regarding health insurance coverage as a divorce will sever an individuals’ coverage.

Following the entry of a Legal Separation, either party may petition the court to convert the legal separation to a divorce no earlier than ninety (90) days after the entry of the judgment.

Additional provisions may address tax issues, attorney’s fees, right to discovery and trial. The settlement agreement should be signed by each party as well as the respective attorneys.

The terms of the agreement will be found to be binding upon the parties unless the court finds the agreement to be unconscionable.

In most cases, the terms of the settlement agreement will be non-modifiable except for the provisions regarding child support and custody, and maintenance, if a modifiable award, unless the parties agree in writing to modify their agreement.

Related Article: What to Know When Filing for Divorce

When a child is born outside the marriage, the paternity of an individual may be determined by voluntary acknowledgment or through court order.

Paternity cases are often brought to determine custody rights, child support, and visitation schedules, similar to those found in dissolution cases, for parties that cannot agree upon satisfactory arrangements. The factors used in determining custody are the same as in a dissolution case.

Related Article: How Do You Initiate A Paternity Hearing? 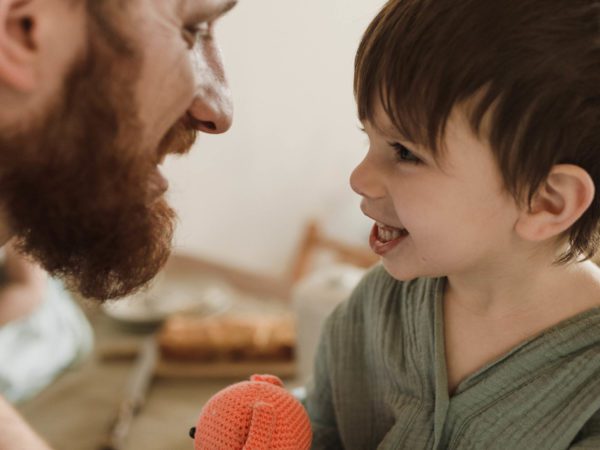 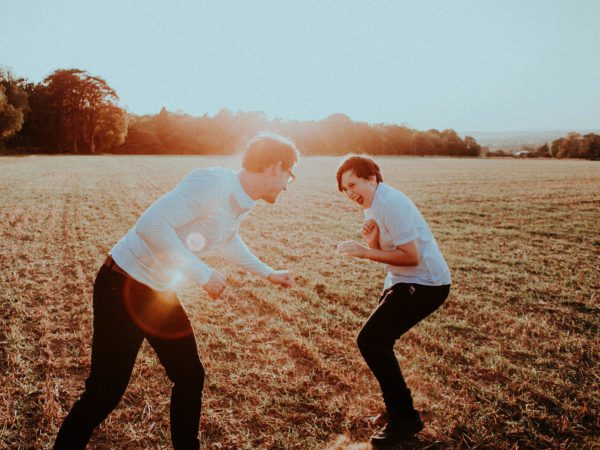 Missouri Divorce Laws – Property Division
Our website uses "cookies" (small text files stored by your web browser) to track visits and may use this information to retarget and remarket visitors with advertisements across the Internet.
By visiting this website, you acknowledge there is no legal advice being provided and no attorney-client relationship is formed.