New Mexico child support is calculated based on the Child Support Guidelines and one of two Worksheets.

One worksheet (“Worksheet A”) is used when there is a child custody arrangement where one parent is the primary custodian, and the other parent has the children less than 35% of the time, which is counted by 24-hour days.

The other worksheet (“Worksheet B”) is used when the parents are exercising a more equal or shared custody arrangement, and each parent has the children more than 35% of the time, again counted by 24-hour days.

The separate worksheets apply a specific set of calculations meant to distribute the responsibility for supporting the children equally between the parents based on how often each parent has the children.

The base level of support that the Guidelines indicate is needed for the care of the children is allocated between the parents based on each parent’s respective percentage of the gross monthly income that he or she contributed to the family.

Credit is then given to each parent based on the percentage of time that they spend with the children. Credits and/or deductions are given to the parents based on who is paying childcare expenses, health insurance premium, and other allowed expenses.

What results are two separate “amounts” of responsibility, one for each parent, that, when compared, allow the parties to determine who should pay child support, and in what amount.

It is possible, therefore, that even if parents are sharing completely equal time with the children (182.5 days each) one parent may end up paying child support if that parent makes more money than the other parent.

This seems reasonable because the purpose of child support is to spread the responsibility for the financial care of the children based on how much time each parent is responsible for the children and based on the income contribution that the parent can make.

As a rule of thumb, the parent who spends the smaller percentage of time in visitation or responsible caretaking time is likely going to end up paying child support because that parent is not physically around as much as the other parent to provide for the children’s well-being.

However, even in a shared custody arrangement, if one parent has the greater income to pay for the support of the minor children, then that parent may very likely end up paying some amount of child support.

If you are a man facing divorce in New Mexico and have questions concerning child support, you should contact a New Mexico child support lawyer to ensure your rights are protected.

Cordell & Cordell Albuquerque divorce lawyers are licensed to practice throughout the state and are available for consultations should you seek additional information or possible legal representation. Please call 1-866-DADS-LAW to schedule an appointment. 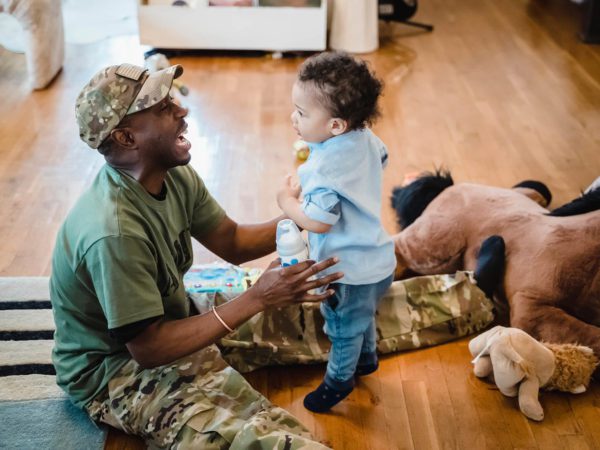