4 Flaws With The Child Support System 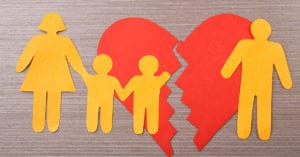 By definition, child support is “an ongoing, periodic payment made by a parent for the financial benefit of a child following the end of a marriage or other relationship.”

In an ideal world, a child support order would ensure that the child receives adequate financial support from both parents to aid his or her upbringing.

Unfortunately, the modern child support system, which covers about a quarter of children in the United States, is critically flawed and in many instances counterproductive. Although the system certainly provides a financial safety net for many families, it drives a wedge between others and is in need of a significant overhaul.

Here are four problems with the child support system:

The child support system is outdated.

When the child support system was established nearly 40 years ago, it was created as a bipartisan policy reform to serve divorced parents who were steadily employed. However, a lot has changed in the proceeding decades.

When the system was created, dads typically served as sole breadwinners while moms usually stayed home to take care of household duties and child raising.

Thankfully, much progress has been made over the past several decades regarding gender equality in the workplace. Millions of women are leaving the house and joining the workforce, and 40 percent of American households with children under age 18 include a mother who is either the sole or primary earner for her family.

But the child support laws are still stick in the past.

“We have a 1970s narrative about a 2010s reality,” said Johns Hopkins University sociologist Kathryn Edin.

The child support system is harsh on low-income parents.

Twenty-nine percent of the families in the child support system live below the federal poverty line. Although the deadbeat dad myth still looms large in society, research shows most fathers want to support their children, but lack the financial resources to do so.

Child support payments do not stop automatically, so if a parent falls on hard financial times it is common for arrears to rack up, which in some cases can result in jail time. And since many states consider incarceration voluntary unemployment, child support debt can continue to accumulate leading to an unending cycle of debt.

Many of these problems could be avoided by filing for a child support modification, but that is a process many parents find confusing and daunting.

The original deadbeat dad myth was spawned by a CBS report produced in 1986 titled “The Vanishing Family: Crisis in Black America.” The report featured a New Jersey father of six who boasted about not providing financial support for his kids.

Understandably, the story sparked outrage across the country and even played a role in legislators passing stricter child support laws. Shortly after the feature aired, Congress passed a law forcing states to more aggressively pursue child support debts. This trend continued well in to the 1990s.

As alarming as the story was, it’s always important to distinguish between anecdotal evidence and empirical data. The latter is much more valuable when detecting trends that should determine policy decisions.

The statistics show that 66 percent of all child support not paid by fathers is because of an inability to pay.

In 2013, Edin co-authored “Doing the Best I Can: Fatherhood in the Inner City.” The book featured 110 in-depth interviews with low-income fathers in Philadelphia over a course of seven years – still a small sample size, but exponentially larger than the single father highlighted in the CBS report.

The interviews revealed that the majority of the dads were thrilled about fatherhood, even when the pregnancies were unplanned. Although many of the men faced dire financial circumstances, most of them still tried to find other ways to give emotional support to their families.

The overarching flaw with current child support statutes is that the system’s primary focus is on enforcement and collecting payments rather than on getting fathers more involved in the lives of their children.

Tens of billions of dollars of child support debt is collected from noncustodial parents every year. As it pertains to enforcing the current child support laws, the government is very efficient.

Perhaps families would be better served if there were more emphasize on passing more balanced child custody legislation.

According to the National Parents Organization’s Shared Parenting Report Card, which issued grades to every state based on its child custody laws and how well they promote shared parenting after divorce, the United States does an abhorrent job of ensuring both parents stay involved in their children’s lives.

This doesn’t make much sense considering the mountains of research showing that shared parenting can help mitigate many of the risks associated with divorce.

No one denies the importance of making sure children are provided for financially after their parents divorce or separate. The problem, however, is that the child support system ignores all the other valuable ways a parent can contribute to a child’s upbringing other than a dollar amount.