There are not set rules on who will automatically get custody of the children. There are statutory factors that the court must consider in awarding any decision regarding minor children.

There are two types of custody, legal and physical. Legal is the power of the parent to make determinations concerning the child’s welfare, such as education, medical, religion, etc. Physical custody is where the child sleeps at night.

Joint legal custody is sharing all parenting decisions with one person holding the tiebreaking vote. Joint physical custody is where each parent has the children at least 111 nights a year.

Child support is determined based on gross monthly income and other expenses. Who has the majority of time with the child, while a factor, is not determinative of the support obligation.

No. Child support payment, or lack thereof, is completely independent of a parent’s right to see his/her child.

Generally speaking, no. Third parties do not have visitation rights to the minor children unless an independent action to gain those rights is started. However, recently a bill was passed by the legislatures in March 2011, which granted grandparent visitation in situations where the state removes the children from the parents.

A parenting plan is the plan that parents submit to the court allocating parenting time with the minor child, holiday visitation, etc. It is a requirement any time there is joint legal or physical custody as both parties need to know what terms are in place for visitation, decision making, tax exemptions, etc.

Yes, it should always be integrated.

A court commissioner will address all issues that need to be addressed during the pendency of the action. Typically these issues will include custody, child support, education, and other pressing needs. The hearing is where evidence is proffered by affidavit, exhibits and by the attorney, so you will not need to testify.

The court will determine your final parenting time during Permanent Orders. It is possible to have Temporary Orders that allocate parenting time provisions, or the parties can agree to a parenting schedule.

Once custody has been determined by a court through a Decree of Divorce or Decree of Custody, you must show a substantial or material change of circumstances where as not anticipated at the time of the decree prior to making any modification. Then you must show that because of this change it would be in the best interest of the minor child that there be a change in custody.

However, an immediate modification of parenting time can be requested if it is shown that the child’s present environment may endanger the child’s physical health.

If you cannot mutually agree on a parenting schedule, the court will have to determine a schedule that it deems is in the best interest of the minor child.

This is a temporary order given by the judge upon request of one party without hearing both sides of the argument. An ex parte order is most often seen in a protective order or temporary restraining order and in effect until a hearing can be held to allow the other side an opportunity to be heard.

The court must determine what is in the best interest of the child(ren). There are several factors the courts will look at to make this determination. We recommend you consult with legal counsel to determine what you personally can do to best protect your relationship with your children and meet as many of these factors as possible.

There are many factors that are used to determine a parenting visitation. It is recommended that you stay focused on your child and constantly ask the question, “Why is this in the best interest of my child?” We recommend you consult with legal counsel to determine what you personally can do to best protect your relationship with your children.

Visitation is parenting time. It is when one parent gets to “visit” with the minor children.

Yes. If the court finds that supervised or no visitation is necessary because a party is a danger either physically or emotionally to the minor child, it can be ordered.

The courts are not allowed to be biased for one parent due to gender.

Yes, however you will need to abide by the Rules of Evidence in introducing the proposed evidence.

No, but in some cases their services are highly helpful.

Usually no. In fact, it is discouraged to have children involved in court proceedings.

What is the Parental Kidnapping Prevention Act? What if my wife tries to move the kids out state?

Utah has a Uniform Child Abduction Prevention Act (UCAPA). It was put into place to try and protect the child and parent from the situation where one parent abducts a child unlawfully and refuses to return.

The UCAPA gives the courts the authority to restrict parenting time if certain factors are met, issue warrants for arrests of an offending party, and ties in with the Hague Convention to secure the return of abducted children.

Child support is determined based on gross monthly income and other expenses. Who has the majority of time with the child, while a factor, is not determinative of the support obligation.

Back to utah Resources 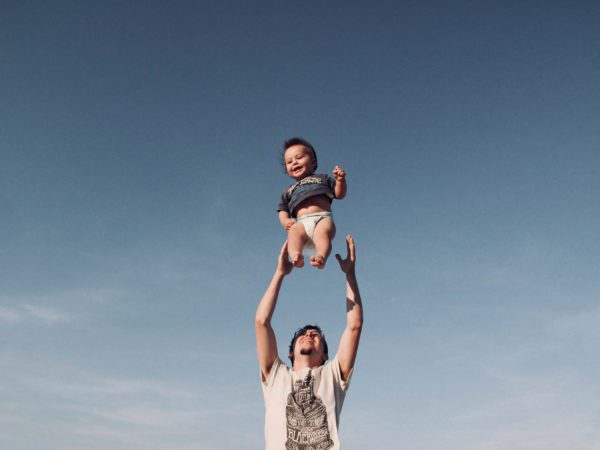