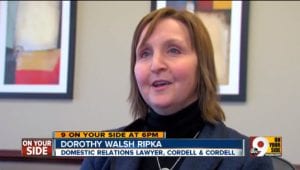 In a blow to fathers’ rights, biological fathers can be kept out of the delivery room for the birth of their child by the mother, according to a recent New Jersey court ruling.

“It’s very disheartening to hear someone want to take that opportunity away from the father and child to bond,” Lead Litigator Dorothy Walsh Ripka told WCPO News in Cincinnati. “We would hope that parents were considering the impact of that day on their child and the impact on the family unit rather than taking the position of which parent is more important.”

According to NPR, the ruling involves a couple who got engaged after the woman became pregnant but later broke up. The man sued for the right to be present at the birth of his child, but the judge ruled that requiring the father’s presence would pose “unwarranted strain” on the mother.

“This is really an opportunity for everyone to consider if I am going to become a parent what does this mean and do I have legal rights,” Ms. Ripka said. “If I don’t have those rights, then how do I go about securing those?”